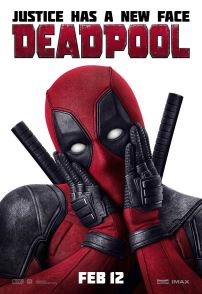 I have never been a fan or an advocate of superhero films; the Marvel and DC universes have just never pulled me in like they have millions of other cinema-goers. Actually, I can count on one hand which superhero films I appreciate every now and then: Batman: The Dark Knight, Guardians of the Galaxy, Kickass and Deadpool = 4  / 1,000+

I was skeptical at first because it’s another film flung onto the pile of generic masculine movies about characters with extraordinary powers. I would be guaranteed…… [Click here to read more]

I mean, this film is good.

It’s entertaining to watch and it’s an interesting concept to consider, not unlike The Hunger Games or Divergent, adaptations of all these YA novels that are floating around in the literary cosmos as of late.

It’s also got good character development and interesting backstories to characters (even though they don’t have memories of who they are.)

I didn’t get it, though. I like the idea of throwing teenagers into a challenging environment to see how they get along but I never understood why they had to be surrounded by a maze. Alright, it demonstrates a test of their ability, but why a maze? The grassy area in the middle is surely all they need to test them. I expected the maze, being all secretive and ‘ooh nobody knows what’s in there or around it’ to be more significant and there to be a reason for its existence. Without it, it’s similar to The Hunger Games other than the fact that it explains nothing. Literally nothing… With The Hunger Games  we get given the information that we need to understand the film right at the beginning in some very simple and effective text. The Maze Runner seems to like the idea of keeping its audience in the dark for a very long time and it’s a shame that I still don’t really understand what was going on throughout.

I just have this…hatred?…for films that don’t explain themselves at the end and leave us on a cliffhanger. Maybe that’s unprofessional for someone who supposedly enjoys films but I like to be told what the dealio is.

The main character is super brave. He knows what’s up and it’s as though he’s been put there to lead the others and seemingly teach them that they can overcome whatever is growling like it’s not had breakfast for a few days in the maze. Thomas, as we later find out he is called, is the one who discovers all the ways to succeed in the maze rather than living off the fat o’ the land as the other boys have decided to do. They’ve actually got a sweet little community set up there and they all get on, which is nice for them, until Thomas arrives and riles everybody up by disturbing their peace.

I don’t agree with the female character. Bearing in mind that the only other people brought into the community inside the maze are boys and then they ho she comes along, it just seems a bit strange and unnecessary. Does it imply when she arrives with a note in her hand saying she is the last one that she is there so that they can reproduce and keep their community alive for many years? I don’t think it does. And I’m just presuming here, but why, if the establishment is exclusively for boys would you throw a girl into the mix? Is it to create some romantic drama for the onlookers? Probably not because we never see them and it’s not The Hunger Games. Is it to prove that females are as good as males? Doubtful because this particular character contributes literally nothing to the whole story and is a bit pants if you ask me. Surely the reasoning for putting one whole female into the group is to prove that she’s as badass as the lot of them and maybe provides a bit of interest for the main fella. Shouldn’t there be a clear cut reason for adding her? Otherwise, with her being as pointless as she seems to be, there might as well be a mixed bag of genders in that little experiment, something similar to what we might see in Percy Jackson.

For all intents and purposes, it’s a good watch. It’s exciting and entertaining, but it feels like they’ve tried to be too clever and then not been able to explain anything. I will be watching the next film though when it comes out in cinemas…soon, The Scorch Trials.

He won’t be happy about this, I don’t think, but I’m starting a new review format on my blog (not replacing mine!) that features Sam, my boyf, bf, boy, bae, whatever, giving his succinctly worded film reviews. They will be to the point, blunt and ever so slightly humorous (but more so if you know him because you can actually hear his voice when you read it which makes it all the more amusing.)

I’ll probably get intro trouble for this, but I’ll take the risk. Keep an eye out for an update later today 😉

Just to remind you that I write wonderfully coherent and complex reviews (ha) here is the link to my reviews page which is all snazzy and pwetty. I updated at least two recently, so check them out, I’m very particular with the films I watch and if I get bored, well…that’s it.

So I’ve been reading a lot of reviews for the new Hobbit film and may I just politely point out that when you are watching an adaptation of a book, it is going to be something entirely different to the original novel despite how ‘faithful’ the director has been to the author. One review exclaims that ‘new characters have been added – a woman for heaven’s sake! And what? Are you aware of all the theories that Tolkien was not particularly a fan of the female gender and his books can be said to be quite sexist? I’m writing about something like this in my dissertation for uni which includes talking about women in the films and how they relate to the books. If you write a review on the film, please write it about the film and not how it compares to the book, thanks. Also no spoilers because I haven’t seen in yet 😉

Featuring A Beautiful Mind, The Impossible and She’s the Man.

Yay! I’m getting better. I think.

Calm down, it’s really not as exciting or futuristic as I may have implied. It’s just that I’ve been thinking about my YouTube account and how awfully bare it is and I’ve had the idea to start videoing my film reviews. Nothing huge, nothing big, just videos that’ll be like three minutes long and it’ll be yours truly talking about a film I’ve watched. I’m not confident they’ll become smash hits over night, I’m not exactly heavily followed on YouTube, but seeing as I’m sitting at home doing nothing for three weeks, I need a little project to be getting on with and it’ll mix this blog up a bit.