It’s 7 years since I registered with WordPress and started this whole journey. I can’t even think what I was up to 7 years ago, when I was a stupid little 17 year old.

I will have been at sixth form, studying Media, English etc at my school and I was probably with my first boyfriend at the time…gross.

According to Timehop, I tweeted “I feel like shit…oh..what’s new?” because I was so cryptic and borderline emo back then. I remember having the most ridiculous bob haircut which absolutely did not suit me no matter what my mum kept telling me so it’s no wonder I was feeling like shit. I used to wear nothing but plaid shirts and jeans, with knock-off Converse.

Okay, stop, stop, I don’t think I can talk about the embarrassing pre-18 year old that I was when I used to proclaim that I would never drink alcohol – hilarious – or that I would be with that boyfriend for the rest of my life – let’s not go there please.

I can’t wait to see where I am when my WordPress anniversary comes around next year. 2016 has been a barrel of utter shite, and hopefully 2017 will be a delightful improvement. 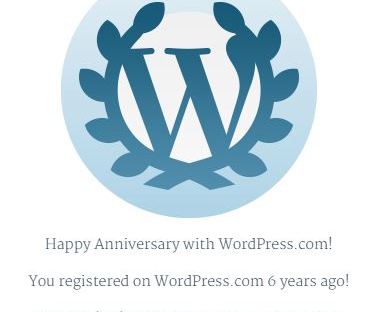 How cute is it that 6 years ago today I signed up for my first ever WordPress blog. What makes it sweeter is that I’ve just registered a whole new blog to track my progress in my internship. It’s set to be a collation of various marketing tips and tricks that I find as I go along and I’ll be talking about all of the things that I learn as I race along.

It’s still a baby blog right now and I’m just playing around with it but hey! – here’s to the next 6 years 🙂 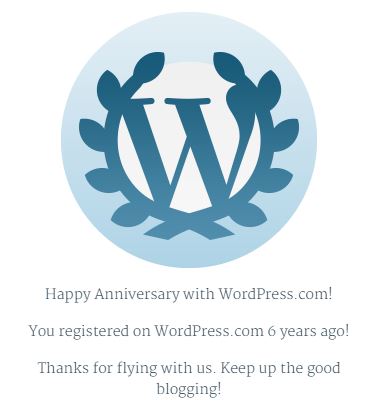