I’ve been staring at this screen for a while. The last few weeks, I’ve loaded up WordPress with the intention of writing blog posts, but I always press the red cross. It’s not been worth it, writing. The truth of it is that for the last few months I have experienced the most horrific heartbreak I never thought possible for one human to feel. It meant that anything I wanted to write about was either depressingly miserable, or bitterly nasty. And what good would that do? That wouldn’t help anybody, especially myself and someone involved would likely call me out on it. I know that I’m not entitled to an opinion in this… oops.

Sorry… ANYWAYS. I have taken now myself out of the situation. It was a very long time between the initial ‘incident’ and actually leaving the awful environment. It was actually only two months but it definitely felt like at least two years. If I had just one piece of advice for if  you are ever forced to live with your ex, it’s this: Don’t.

Just don’t do it. Get yourself out of that situation a.s.a.p. because it is bad for your mental and physical well being. (I have found actually that not many people are as unlucky as me to have to go through with this but it does happen.) I’ve felt like I’ve been going insane for the 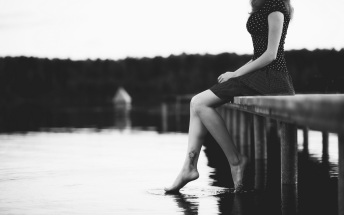 last few weeks, I’ve lost a lot of weight, had no appetite and have been sick and cried a lot. It has been horrendous. And the joke is, it could have been a lot, lot worse. But seeing your ex take up with you someone you live with really has to take the biscuit for things to break your heart. Painful doesn’t really cover it. Hurt doesn’t justify what I felt. Devastated does not even begin to describe the cavernous rip that tore through me…

But that’s not what this blog is about. This post is about the future and how things are starting to look up. I’ve started a Masters degree course at university, I’ve moved back in with my parents, I’m looking at starting driving lessons, I’m going to start swimming again, I’m making new friends, I’m meeting new people.

This blog is about however painful it is, and whatever heartbreak you’re going through whether that’s romantically or because of grief, work, trauma, anything, you will be okay. You are stronger than you think you are. Something I have come to realise is that you never know your true strength until that is all you have left. You might be collapsed on the floor, surrounded by tissues, your chest a gaping and bleeding raw wound. Your hair may be unwashed and you may not have eaten for 24 hours and you may be wearing the same pyjamas as you wore all day yesterday, but trust me when I say that things do get better. It will likely be one tiny step at a time, and the steps may be spread across weeks, but you will absolutely see an improvement in time. Nothing can hold you down so much that you can’t get back up again. Nothing.

As for me, I’m nowhere near healed yet, and I don’t think I’ll be back to my old self for a long time, but now that I am away from that awful situation, the real work can begin. If you are suffering, all I can say is keep the faith, believe in yourself and go on Pinterest looking for inspirational quotes because you will realise than that you are not alone. Knowing that there are other people going through similar things is a weird kind of comfort when you’re hurting.

You just have to believe in yourself.

I’ve just spent the last couple of days entertaining my baby sister who came to stay with me in York and it’s been great – we’ve done loads of shopping, eaten some quality food, watched a film or two and had some worthy discussions. Except, she’s not my baby sister anymore. She’s 19 and about to go to uni in two weeks in Liverpool. That’s far.. It got me thinking about how scared I was before I went to uni and how many emotional breakdowns I had before I even got there. It’s a really, really stressful and daunting experience and I’m afraid that there’s no one out there who can tell you what it’s going to be like. No one has the exact same experience at university and unfortunately there isn’t a rule book or a guide telling you what’s going to happen or what to do. What I have managed, however (and I’ll be passing this onto Mols) is a vague guide of what to generally expect and what opportunities to jump at. This is the director’s cut of the original list that I ended up writing:

I know there’s lots of people around the country, around the world at this moment still shopping for uni supplies, still stressing about making friends and I wish I could tell you exactly how it’s going to pan out, but you are the only person who can take this journey and you will be the only person who affects your university experience at first. When friends come along, things change and you’ll watch each other develop into functional adults (even though it doesn’t feel like it).

I sometimes wish I could start university all over again, but when I remember how much I was dreading it and how scared I was, I’m glad I’ve already done that. I wouldn’t change any of it for the world, though. University has made me who I am and has given me the friends that I need. Best decision I ever made to go, hands down.