When you’re stuck for something to watch, Netflix can be either a blessing or a curse. In this case, it 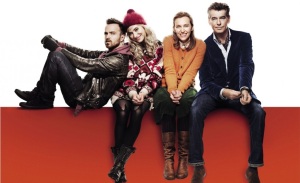 was a curse. I spent hours trawling through the films, all of which were possible candidates for the afternoon watch, but I simply could not decide. That’s when Sam stole the remote from me and immediately pressed select – ‘Let’s watch this one.’ I had no idea what it was and when it said “When a faded TV personality decides to jump off a London skyscraper on New Year’s Eve, he meets three lost souls who had the exact same plan,” I was kind of interested but not hooked. Pierce Brosnan, though. With a weird accent. Yep.

It’s cute, it really is. The film is really nice and heartwarming (despite the theme being suicide) and it really is well made. My favourite thing about it is how it really brings out the characters that have been created and they’re so quirky that they feel real. It really makes a film when the characters are real and believable. Otherwise what’s the point?

The film looked really clean, and I love it when that’s the case. When it looks as though you’re looking through clear water at what’s going on, that’s the only way I can explain it.

There’s quite a few recognisable faces in it as well, Pierce Brosnan, Aaron Paul, Imogen Poots and Toni Collette, all famous in and around British (and US, of course) film and TV.

I would highly recommend this film for a rainy Sunday afternoon, but not necessarily as an evening watch. It’s good, and cute, but it can be quite light and sort of only scratches the surface of such a deep subject. 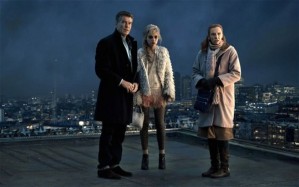