Hello, hello what’s going on? What’s all this shouting? We’ll have no trouble here!

You must have heard the local news by now – we’re going straight back to Royston Vasey later on this year! (Did we ever leave, that’s the question).

The BBC have confirmed the return of much-loved dark sitcom The League of Gentlemen, frontlined by Mark Gatiss, Reece Shearsmith and Steve Pemberton, with Jeremy Dyson completing the foursome from behind the camera.

In terms of being part of the fandom, I’m fairly new to the game considering it’s approaching its 20th anniversary. I absolutely binged it earlier this year after discovering it was the same writers of the beautifully twisted Inside No. 9, a show I had fallen in love with since watching an episode at uni. 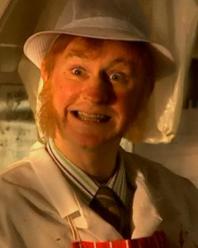 For whatever reason at the time, I had felt myself become disenfranchised with script writing, but both Inside and League reignited that little flame inside of me. Not only did I want to watch them all the time, but I also wanted to know where the ideas came from, how they grew, how they were worked and stretched. I wanted to know everything, so I watched every single video and read every article I could find… I became thoroughly engrossed in Royston Vasey and the masterminds behind it.

We’re expecting three special episodes to be aired this year, and that’s all the information that’s been released so far. How exciting!

If you haven’t watched The League of Gentlemen, you can stream it on Netflix or get the DVD from the usual places like Amazon and HMV – it’s as simple as Mickey. I can’t recommend it enough, and surely as someone who’s seen each episode upwards of 10 times, that’s a good enough endorsement for you?

Just bear in mind that once you arrive at Royston Vasey, you’ll never leave… 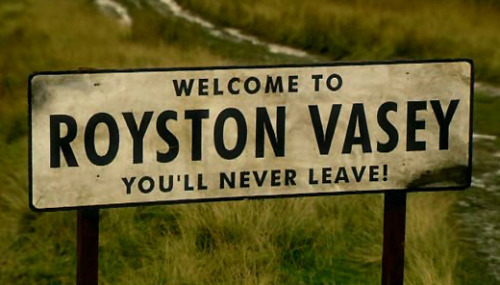 Graduate of Film and TV Production, student of Writing for Performance and Publication MA in Leeds. I'm a Yorkshire girl with big dreams and a little blog. View all posts by Brittany